Even Coin Collectors Have Given Up on Gold 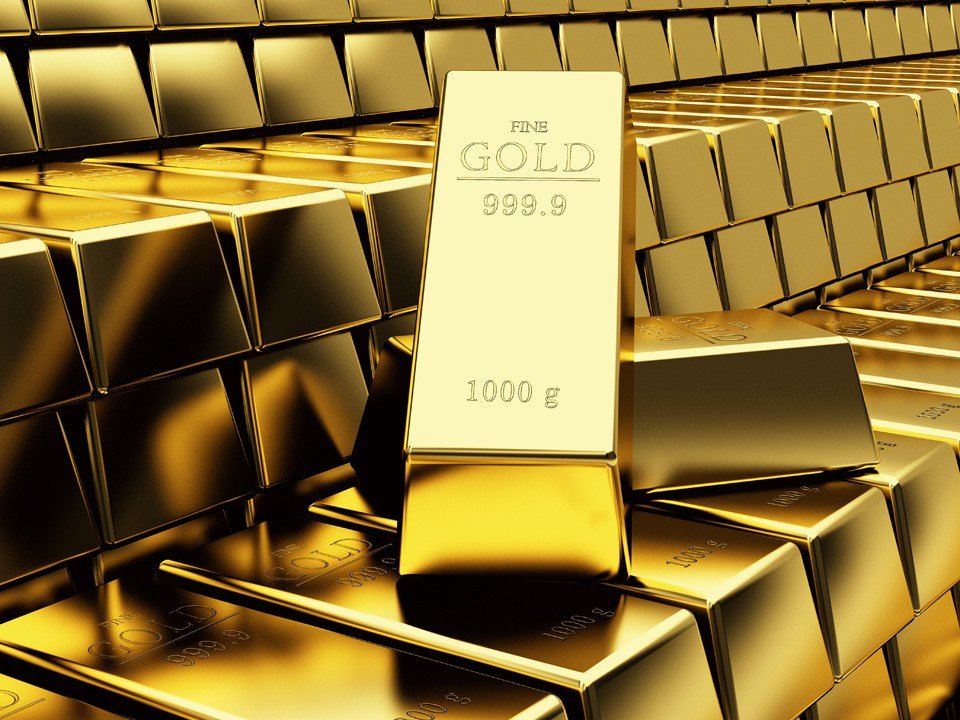 Finding bullish gold investors is getting a lot harder, even in a place where demand has been almost a given in recent years: precious-metal coins.

Customers who were buying even as gold began slumping in 2013 are now so scarce at the Bullion Trading LLC shop in New York that owner Isaac Kahan says sales in May tumbled 35 percent. Purchases of American Eagle gold coins from the U.S. Mint, the world’s largest, were the weakest for the month in eight years. And global coin demand this year probably will slump to the lowest since 2008, TD Securities Inc. predicts.

“Some of the coin buyers are the diehard believers in gold, and seeing them stay away from the market means their faith may have been shaken,” said Phil Streible, a senior market strategist at RJO Futures in Chicago who has been following prices for 15 years. “Demand for all kinds of physical gold products has taken a hit.”

Bullion prices have been trapped in a bear market the past two years as inflation concerns proved overblown and U.S. equities and the dollar rose to records. Holdings in exchange-traded products backed by gold are the smallest since 2009, and global jewelry demand has petered out. With coin buyers heading for the exits, there aren’t many places left to find a bull.

“What we are seeing is complete capitulation,” said Rob Haworth, a senior investment strategist in Seattle at U.S. Bank Wealth Management, which oversees about $128 billion and is underweight in commodities, including gold. “Physical demand is very weak, and that lends to our expectations of lower prices.”

That marks an abrupt about-face for gold after jumping to a record $1,921.17 an ounce in September 2011. Buyers were betting that U.S. interest rates near zero percent would erode the value of the dollar and accelerate inflation. Instead, the U.S. currency surged and inflation was muted as energy and food costs fell. Futures were down 0.3 percent this year at $1,180.40 on Thursday on the Comex in New York.

Coin lovers were among the most optimistic. When gold plunged 28 percent in 2013, they expected prices to rebound and started buying. U.S. Mint sales rose 14 percent that year as the metal presses worked overtime. Since then, futures are down 1.8 percent and Mint sales fell 39 percent last year.

Retail investors looking for gold as a hedge have been drawn to coins because they cost as little as $141 for a 1/10th-ounce American Eagle, compared with forking over $3,000 for a 100-gram bar or about $118,000 for a single futures contract. Coins account for about 6 percent of global gold demand, according to Barclays Plc.

Gains for the U.S. economy have eroded the need for gold as a haven and pushed Federal Reserve policy makers closer to raising interest rates. An increase in borrowing costs would further diminish the appeal of bullion, since it doesn’t pay interest like competing assets, such as new bonds.

Global demand for gold coins will slide 12 percent this year to 220 metric tons, the lowest since 2008, according to Bart Melek, the head of commodity strategy at TD Securities in Toronto. U.S. Mint sales of American Eagle gold coins fell to 21,500 ounces in May, and sales in the first five months of the year were 9.4 percent below 2014.

Not everyone is bearish. Bank of America Corp. expects prices will average $1,248 this year, and climb to $1,338 in 2016. The bank doesn’t expect Fed policy makers will be “aggressive” when it comes to raising rates, which will help to support prices, analysts led by Michael Widmer reiterated in a May 30 report. HSBC Securities (USA) Inc. and Commerzbank AG are also forecasting gains.

For coin dealers, there’s no sign of improvement. At Bullion Trading in New York, Kahan says he has reduced prices from a year earlier by as much as 5 percent since the start of 2015. It is the first time he’s done that since he opened the shop in 2007.

“Business started slowing down last year, but we did not expect it to last this long,” said Kahan, 48, who has been in the gold business for 25 years. “The discounts have helped attract more buying from some customers, but nothing significant.”

The slowdown isn’t unique to the U.S. Gold sales from Australia’s Perth Mint, which refines all the bullion output from the world’s second-biggest producer, tumbled in May to the lowest in three years. Global demand for jewelry, coins and bars fell 5 percent in the first quarter from a year earlier as shoppers in the Middle East and China reined in purchases, the World Gold Council said May 14.

“Business for bullion is like a deer in headlights — it’s not moving,” said Richard Nachbar, who has been in the gold business since 1973 and founded Williamsville, New York-based Richard Nachbar Rare Coins.