Risky Form of Reverse Mortgage Clamped Down on by HUD 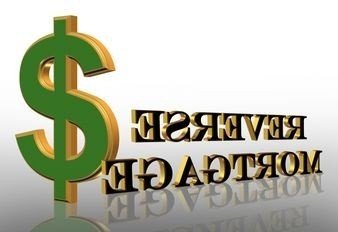 The Federal Housing Administration clamped down further on reverse mortgages, saying it will no longer insure a variant of the product featuring a fixed rate and a line of credit.

The agency cited the interest rate risk to lenders from such a combination, since it commits them to funding additional draws at a fixed rate even if their own borrowing costs rise. If a lender failed to honor that commitment, the responsibility would then fall on the federal government, the FHA noted in a June 18 letter to originators. Lenders could hedge the risk, but doing so may be so expensive that some would just choose to live with the exposure, the agency fears.

Similar concerns led Ginnie Mae this year to ban fixed-rate, line of credit reverse mortgages from its securitizations, a move that made these loans harder to sell in the secondary market. The FHA and Ginnie are both part of the Department of Housing and Urban Development.

The FHA’s move is the latest in a series of reforms to the government-insured Home Equity Conversion Mortgage program — the predominant form of reverse mortgage — eliminating product features deemed to threaten the soundness of the FHA insurance fund.

HUD last fall essentially reduced allowable lump-sum distributions from HECMs to 60% of the maximum loan amount otherwise possible, except in certain circumstances. The lower amount decreased the possibility of loss to the FHA insurance fund from a situation where the proceeds paid out would outweigh the property’s value.

Some say reverse lenders were exploiting a loophole by offering lines of credit with fixed rates, since such products are clearly inconsistent with the intent of HUD’s fall guidance even if it did not specifically forbid them.

“It’s a cynical game,” says Atare Agbamu, president and CEO of the advisory firm ThinkReverse LLC. “It has to be stopped.”

But others say the confusion over HUD’s policy is understandable.

“It really wasn’t a loophole. I think HUD had an intention when they did the mortgagee letter for the transition back to this new structure last October that they didn’t indicate,” says Jeff Birdsell, product manager at ReverseVision, a technology vendor specializing in reverse mortgage automation. Last week’s guidance “was really, ‘Let’s get rid of that unknown and let people know what our original intention was’ ” on HUD’s part, he says.

Because of the difficulty of hedging future draws, fixed-rate HECM distributions are generally distributed to borrowers as a lump sum. However, HUD policy did not originally specify whether lump-sum policies pertained specifically to fixed or adjustable-rate products, says Birdsell.

Many HECM borrowers mistakenly think a fixed-rate reverse product is the better and more conservative option for them, as it generally is in the traditional “forward” mortgage market, and it may not be, says Agbamu. Because of this and the risk the product poses to the FHA’s insurance fund, he warned soon after its debut that the fixed-rate/line of credit combination was a concern.

Whether a fixed- or adjustable-rate reverse mortgage is more appropriate depends on the individual senior borrower’s circumstance, says Birdsell. Seniors find fixed-rate products easier to understand, and if they are being used to pay off debt they may be better than adjustable-rate loans, he says.

HUD also made it clear last week that lenders are supposed to let borrowers know about the full range of fixed- and adjustable-rate products available and not limit their choices. The fixed-rate line of credit product may have helped borrowers access more proceeds and helped lenders make more money, but it fails to protect HUD’s insurance fund or account for hedging risk, Agbamu says.

Reducing the allowable HECM proceeds distributed in a lump sum to 60% reduced originators’ ability to make money off fixed-rate loans, because their pay was generally related to the amount of proceeds distributed, says Delgado. Adjustable-rate mortgages have a different basis for compensation, so the fall guidance didn’t necessarily encourage the origination of either loan type over another, says Birdsell. Future draws don’t increase compensation, he says.

Regardless of whether the use of the hybrid product was an intentional disregard of HUD’s intent or an honest misunderstanding of its policy, the unwillingness of Ginnie and the FHA to back the product should now be clear. The product could re-emerge in the private market someday if players in that space become comfortable with its risks, but currently little in the way of reverse mortgages exists outside of the HECM program.

Last week’s mortgagee letter is something lenders should be able to adjust to without too much upheaval, says Delgado. HUD’s new policy allows existing loans to keep their insurance so long as they meet certain conditions. Among other things there must be a request for an FHA case number on or before July 2 and the loan must close before Sept. 30.

Because most lenders that offered the product stopped making it after the Ginnie Mae policy change, and lenders only started making such loans in October, there are relatively few of them in the market, says Delgado.

“It was a short-lived product,” she says.